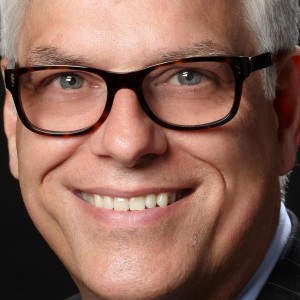 When real estate investors get good at finding deals, they will eventually run out of their own cash. There are always lenders who will fund the first 60% to 70% (70LTV) is the lingo. If the deal is good, your credit is reasonable, a lender will be available as long as you have cash equity to put into the deal.

Well, what happens when you find two great deals and you only have cash for one? Do you flip a coin and pick or do you raise more equity? I believe the right answer is to raise more equity and to use the crowd to fund the deal.

The historical wisdom is to find a cash partner and split the deal 50/50. Half the pie is better than no pie. With crowdfunding, you can improve this in three ways.

1. You can reduce the cost of the equity when you go to the crowd. They are generally putting in smaller amounts so they are not as demanding as one large, cash investor.

2. You diversify the risk of a late stage wobble. You do not want to get to the point where you are ready to complete or start major construction work and the investors has had a financial problem.

3. When you can raise smaller amounts from multiple investors, you can also demonstrate your expertise to a wider audience. You get to have a first date with many investors at the same time. They all are offered the same terms and conditions. They know the deal is out in the open. There is no need for custom legal agreements of negotiations. And the crowd investors generally exert no management pressure on the person running the show (the project sponsor).

I can provide live examples later once we have kicked off a conversations. Best to be clear on the high level principals before picking apart past raises.

I started out as a software engineer. My first job after university was in Silicon Valley working for Hewlett Packard. Part of my role was to be online as that is how we wrote the HP-UX (Unix) standard. Long before there was social media I was in a forum every day with people inside and outside the company.

I transitions to NeXT. Steve Jobs’ company after he was asked to leave Apple. I was there a bit under 3 years. Two significant events which did not mean that much at the time yet become noteworthy later. First, for about a year, I reported directly to Steve. While he was well known inside the computer industry, he had not come close to the brand we know now. Second, Eric was a summer hire for the IBM-NeXT project. I did some things with Eric over the years culminating in helping out as a beta tester for a company he co-founded. You know the company as Eric was the first CTO and co-founder of LinkedIn.

A move to Swiss Bank Corp took me to London. More NeXT work driving my career. BTW, it was on a NeXT that the Web was invented—Tim wanted to use Bill’s development kit. Node 1 for the Web was a NeXT Cube. It is in the Science Museum in London now.

My connection to crowdfunding. I am a user of regulated platforms which allow real estate investors raise funding for what I call single-deal IPOs. I think the money is in the deal and not from running a platform. So, I focus on guiding people on their funding journey while passively investing in the deals I like. The UK regulator for equity and debt CF is the FCA. I am well versed in the regulations as they apply to real estate in the UK if anyone wants to poke me with questions. Paying if forward is my view.

If there are any typos, I will blame the autocorrection software. Otherwise, lets share and have a bit of fun as we all grow as a community.